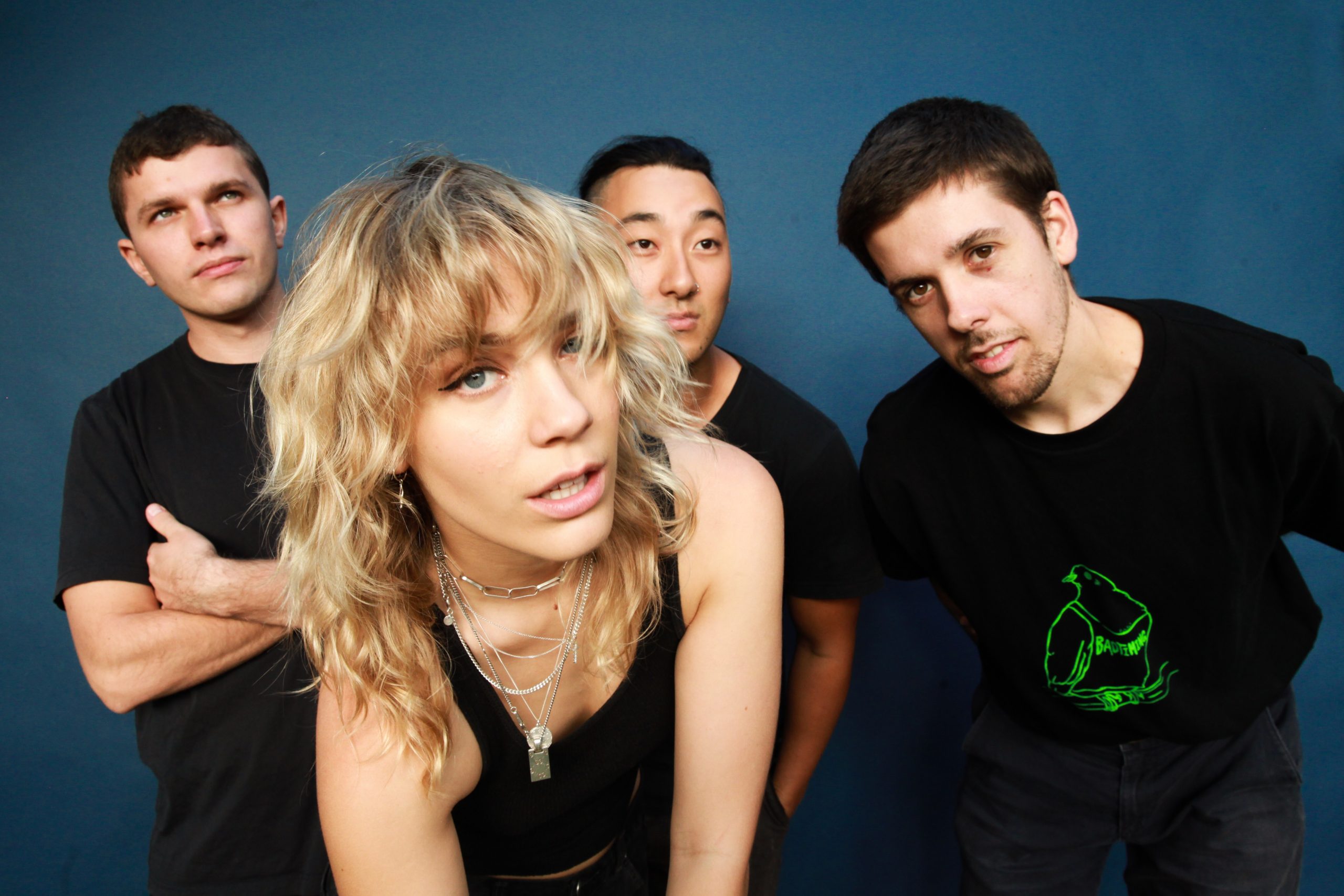 Miss June is what happens when angst matures. Raised in the embers of punk rock, Miss June harness jagged, noisy guitars filtered through the unrivalled stage presence of front person Annabel Liddell, unafraid, unapologetic and ready to wake up the music scene.

Described as “quite possibly the best band in the country at the moment” by New Zealand’s 13th Floor, Miss June have built a reputation for fierce, formidable and head-spinning live shows, which have caught the attention of acts like The Foo Fighters, Shellac, Wolf Alice, Idles and Die! Die! Die! who have all eagerly harnessed their support on stage.

Releasing their debut album ‘Bad Luck Party’ in September 2019 on Frenchkiss Records, The Consequence of Sound referred to lead single ‘Best Girl,’ as “a bolstered, anthemic pop-punk jam for the next generation,” with The New York Times describing it as, “A nod back at a pantheon of powerful statements and sounds… calibrated for 2019 ears craving a clever, irresistible outlet.”

‘Best Girl’ also made it onto The New York Times Playlist alongside tracks by Cardi B and Katy Perry, as well as taking out number ten in 95bFm’s Top 95 Songs Of All Time Countdown, which also included ‘Twitch’ at #52.

Combining elements of post-punk, no-wave and rock, Miss June hold close their DIY roots while creating a blistering, reckless sound full of melodic hooks and overdriven riffs that are at once immediately recognizable and yet entirely their own. “I want you to understand how important, how exciting and how rock and roll Miss June are,” states BBC Radio One Presenter, Jack Saunders.

Miss June are fast growing into a force to be reckoned with. Miss June demand attention. There has never been a better time for Miss June to make noise. Get in now. Or miss out.