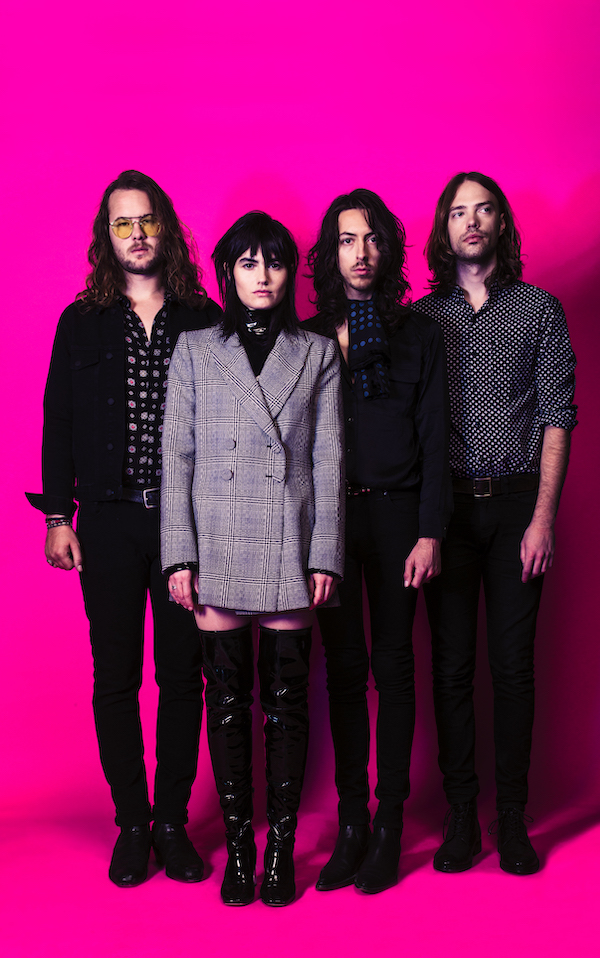 The Preatures are a four-piece rock band from Sydney, Australia, fronted by Isabella ‘Izzi’ Manfredi on vocals and keys, guitarist Jack Moffitt, Thomas Champion on bass, and Luke Davison on drums.

In September 2014, The Preatures released their debut album, Blue Planet Eyes to worldwide critical acclaim. It was recorded in Austin, Texas and co-produced by Jim Eno (of the band Spoon) and Jack Moffitt. Blue Planet Eyes debuted at #4 on the ARIA charts and is currently on the verge of achieving ‘gold’ status.

To date, The Preatures have performed at many of the world’s most respected music festivals including Coachella, Glastonbury, Bonarroo, Splendour In The Grass and Pentaport in Korea.

For the follow up to Blue Planet Eyes, The Preatures decided to write and record their second album in its entirety at Doldrums. They began recording in early 2016 with Jack Moffitt assuming the roll of lead producer, and with initial production assistance provided by producers Burke Reid and Eric J Dubowsky.

The album “Girlhood” was released in August 2017 to global, critical acclaim.