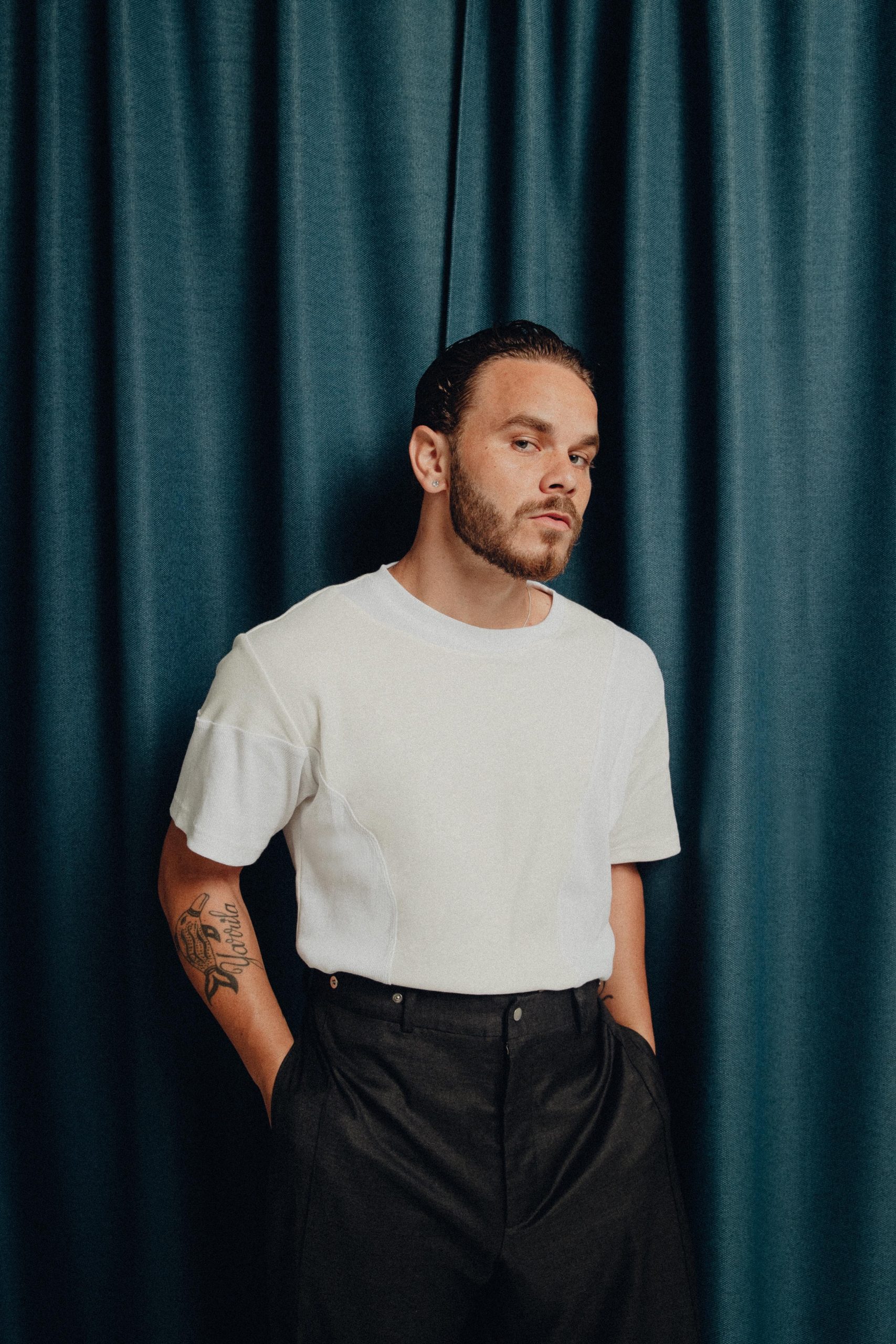 Hometown pride runs deep for 26-year-old rapper Tasman Keith, whose music is indebted to giving back to the
community that raised him. From a small town on New South Wales’ mid-North Coast most commonly recognised for
one of the country’s most notorious missions and most shameful history, the rapper is carrying on the storytelling
traditions of his family, by writing a new chapter through music. From syrupy 90s West Coast synths, to neo-funk,
skittering trap hi-hats and emotive R&B, his music defies categorisation, but his message remains hard to ignore.

2019 saw Keith capitalise on the attention his debut EP Mission Famous spawned, drawing praise from the likes of
VICE, triple j, Spotify and countless more. He then went on to release his collaborative EP Evenings with Darwin
singer Stevie Jean, before hitting three for three with his follow ups, ‘Move Up’, ‘BILLY BAD AGAIN’ and ‘Nightmares
on 9th.’. From here, Tasman graduated to larger stages around the country last year, with performances at Laneway
Festival, Groovin’ The Moo, BIGSOUND and more.

Not even a world pandemic could stop Tasman Keith. In 2020, Keith kept busy with collaborations with Jimmy Little,
Kuya James and most notably, Jessica Mauboy and Midnight Oil on their release ‘First Nation’ appearing on the #1
ARIA Award Winning record the Makaratta Project. Tasman saw his debut TV performance on ABC’s The Sound,
followed by features on The Today Show, the Daily Telegraph, Sydney Morning Herald, triple j’s HACK program, FBi
Radio’s ‘Race Matters’ and more. Tasman rounded up the year with his debut mixtape featuring collaborations with
Kwame and Vallis Alps’ Parissa Tosif, as well as two award nominations under his belt for FBi Radio’s SMAC Award
and triple j’s J Award for Best Video for ‘Billy Bad Again’ of which he walked away a winner for the latter.

In the first half of 2021, Tasman Keith has already released his new single ‘ONE’ with Kwame, appeared on ABC’s
The Set and won the Australia Council For The Arts ‘Dreaming Award’. Tasman launched straight into 2022 with the
announcement of his signing to AWAL Recordings and Sony Music Publishing Australia before launching into his
debut album campaign. Starting with ‘5 FT FREESTYLE’ and ‘LOVE TOO SOON’, Tasman Keith has already
garnered the praise from outlets such as Billboard, Rolling Stone, NME, triple j, Spotify, Apple and more.

The rapper is determined to use his platform as an unstoppable, undeniable voice for the voiceless with the release
of his Mission Famous documentary, alongside profiles for VICE and Red Bull Music. Taking the social justice
messages across his music to new heights, his commitment to shining a light on the collective achievements of his
hometown is solidifying Tasman Keith as an indispensable leader of Australia’s new hip hop vanguard.