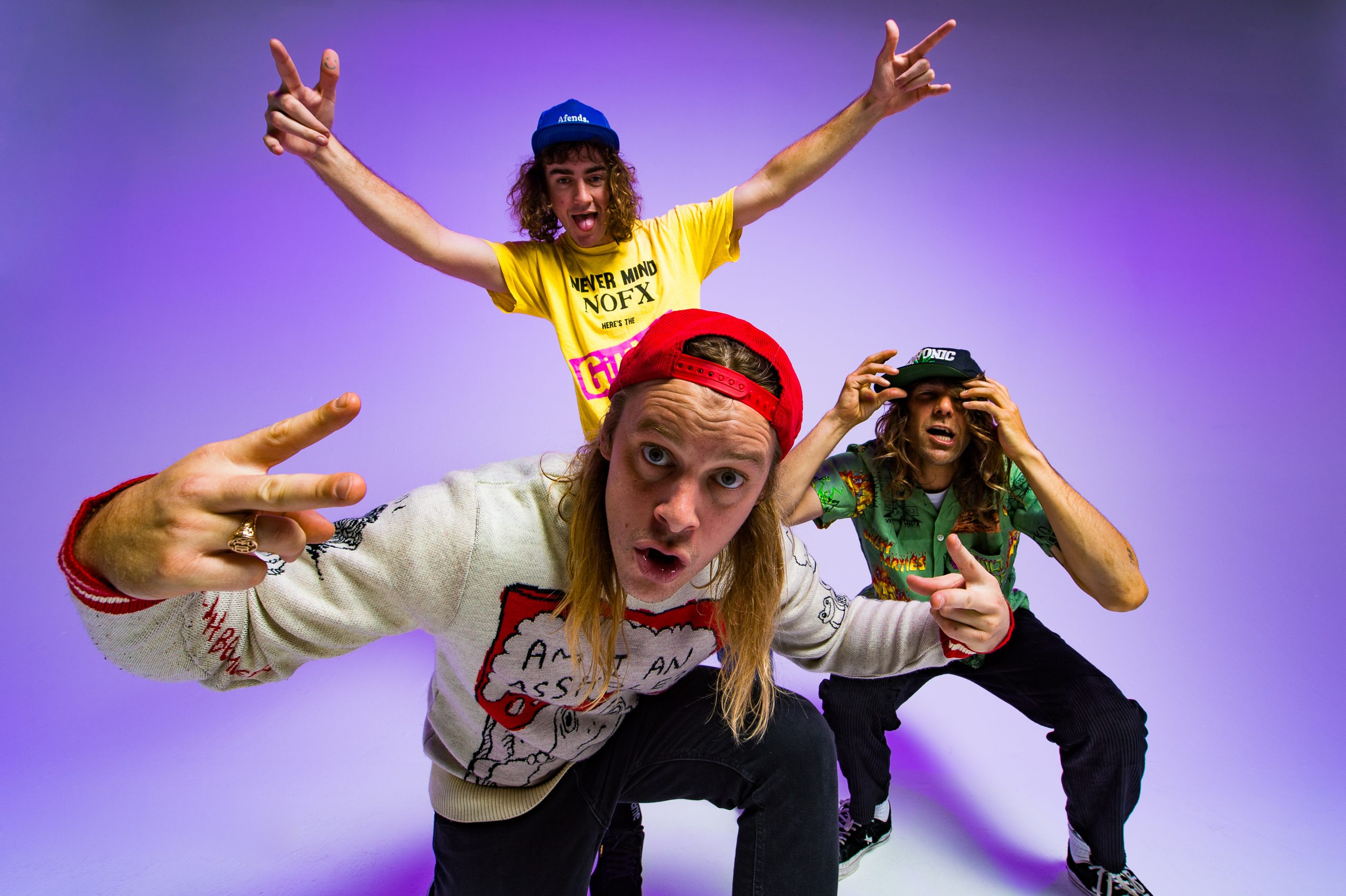 Following their latest record, Hurry Up And Wait, which became the first Australian album to reach #1 this decade, Dune Rats return with their new song ‘Too Tough Terry’.

The band worked extensively alongside 23-year-old Reid McManus, who animated the video as a student at the University of Newcastle as part of his honours program. With a brash, colourful animation style that pays homage to old school 90’s MTV cartoons, Reid’s animation is the connective tissue between Dune Rats’ boisterous, beer-stained, shout-along brand of punk and the new visual identity that they’ve created for their music.

The video itself introduces the character of ‘Terry’, a kind of mascot for the trio, a rough but lovable larrikin of a truck driver who leads a fast and indestructible lifestyle, who smokes too many cigarettes, has too many “shit tattoos” and doesn’t care for city-dwellers’ sense of self-importance, whose big talking game disguises the fact that he would never hurt a fly.

Entertaining, energetic, and indecent, the video is an irreverent tribute to Terry, whom the band describe as “a pretty highly strung truckee who, whilst meaning well, can’t help but let his anger get the best of him.” A winking play on various colourful characters Dunies have met on the road, Terry is someone who the three members of Dune Rats know inside out, and who, despite his many faults, they love dearly, able to appreciate the gentleness behind the rough exterior. “He fucking loves Dunies though and can tell a decent yarn so it’s impossible not to sink a few cold ones with him,” they continue. Ultimately, Terry is a lot like Dune Rats’ music itself: surly, in-your-face, and impossible not to love. Of the collaboration, the band also share: “Reid worked on this clip for around 6 months and we were super blown away. It really made the song come to life by a mile and solidified Terry as a character in itself. We didn’t change the clip at all after we first saw it. It was just perfect. Everything we’ve done with Reid since to follow the release is also super exciting and just cracks us up.”

The group’s third album Hurry Up And Wait saw their second consecutive #1 on the ARIA Album Chart and also landed #1 on the AIR Independent Chart, #1 ARIA Vinyl Chart as well as the coveted triple j Feature Album week of release followed by a sold-out National tour supported by Ruby Fields, Dear Seattle and Totty. Dune Rats breakthrough success of their 2017 record, The Kids Will Know It’s Bullshit, which landed four singles in triple j’s Hottest 100 between 2016 and 2017, debuted at #1 on the ARIA charts, was nominated for ‘Best Rock Album’ at the ARIAs and saw the trio taking their explosive live show to larger and larger crowds at sold-out headline shows around the world and at home with huge slots at Splendour In The Grass, Falls Festival, Laneway Festival and more.