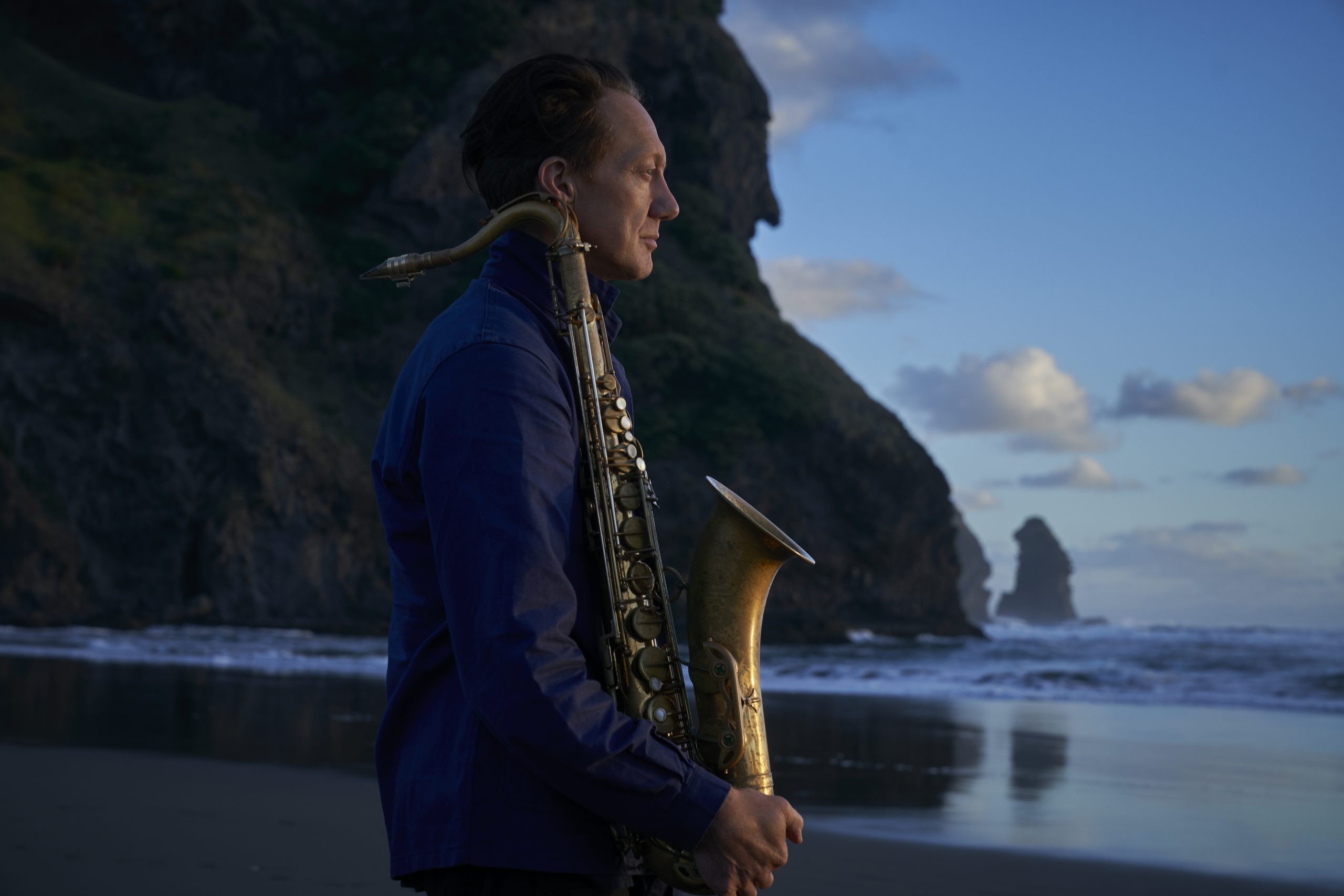 NATHAN HAINES IS A SAXOPHONIST, PRODUCER COMPOSER AND BAND LEADER WHO’S BEEN MAKING ALBUMS FOR OVER 25 YEARS.

With a prolific output ranging from electronic dance based music to fully analog quartet jazz, Nathan Haines is a genre-bending musician who has an instantly recognisable sound and approach.

His albums “Squire For Hire” and “Sound Travels” both produced in London with DJ/producer Phil Asher in the early 2000’s featured a vast array of collaborators and musicians including Damon Albarn, Marlena Shaw, Vanessa Freeman, Kaidi Tatham, Mark de Clive Lowe and Rich Medina with remixes by Kenny Dope (Masters at Work), Bugz in the Attic, 4Hero, Atjazz, Opolopo and many more. Based in Auckland, New Zealand, Nathan is a headline artist at London’s Ronnie Scotts Jazz Club, and he’s performed at many international festivals and clubs as both a solo artist and also as a DJ.  He has written, recorded and  toured with US soul/jazz legend Marlena Shaw on his 2003 album “Squire For Hire” and she also guested on his 2007 album “Right Now” (released in the UK on Freestyle Records) as well as performing live with her regularly in the UK and Europe since 2001. He has also recorded and toured with the New Zealand Symphony Orchestra – the resultant album “Life Time” features Nathan singing on three tracks with arrangements by the Grammy Award winning arranger and pianist Alan Broadbent.

Nathan has won New Zealand’s Tui Jazz Album of the Year award three times, most recently in 2014 for his small big band/ensemble/vocal album “Vermillion Skies”, as well as appearing in international publications Straight No Chaser, UK Time Out, and UK’s Music Tech magazine which ran a six page special on the making of his analog straight to tape album “The Poet’s Embrace”.

In 1993 UK based DJ Gilles Peterson spotted Nathan playing at Auckland’s legendary Cause Celebre nightclub, and suggested to the then MD of Polygram records in New Zealand that he should be signed – which he duly was. 1994 saw the release of the ground breaking “Shift Left” album by Nathan – his first as a solo artist – which blended live rhythms with analog synthesisers, strings, vocals, and turntable scratching. This album won New Zealand Jazz Record of the Year, and was certified Gold, though the final sales figure was double that. It was also released in the UK on the Verve label in 1995, the same year that saw Nathan move to London. “Shift Left” was re-released on Universal Music in 2019 as a double pack vinyl and CD with remixes by Julien Dyne, Frank Booker and P-Money.

Through the late 90’s Nathan eventually teamed up with West London based producer and DJ Phil Asher and their two albums “Sound Travels” and “Squire for Hire” for dance label Chillifunk remain classics. These albums have since been re-released and are available digitally with new remixes.

After the success of this album Nathan guested on hundreds of records including Jamiroquai (2005’s Dynamite), 4 Hero, Mark de Clive Lowe, Reel People and with Italian pianist Marco di Marco. He also recorded a jazz album with the New Zealand Symphony Orchestra with arrangements by the Grammy Award winning Alan Broadbent, and successfully did a sell-out concert theatre tour in New Zealand which saw tens of thousands experiencing Nathan’s music alongside the magnificent ninety plus Symphony Orchestra conducted by Hamish McKeich.

Nathan has also played many of the worlds jazz festivals and clubs including the North Sea Jazz Festival, London’s Jazz Cafe and Ronnie Scotts, the Tokyo Blue Note and headlining the Java Jazz Festival.

Long term collaborator and keyboardist/producer Mike Patto teamed up with Nathan in the mid 2000’s and the pair made several records together, culminating in the analog straight to tape album “The Poet’s Embrace” released in New Zealand in 2012, and in the UK on Warner Classics and Jazz in early 2013. Nathan and his band played two sell out nights at Ronnie Scotts in late 2012, which also saw New Zealand pianist Kevin Field join the band – a first for the pair performing together outside New Zealand even though they had shared the stage since the late 1980’s.

2014 saw Nathan release “5 A Day” co-produced with Mike Patto and featuring beats from Marc Mac (one half of UK duo 4-Hero) and New Zealand based hip-hop producer P-Money as well as the vocal talents of Vanessa Freeman and Kevin Mark Trail.