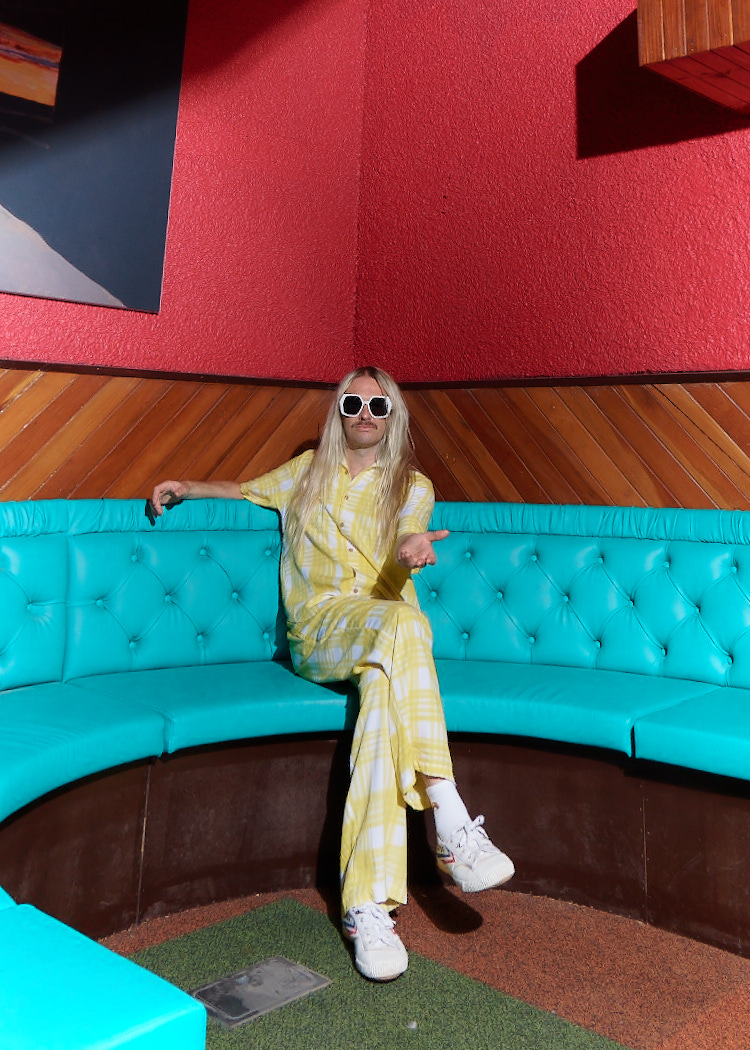 Fascinator’s live show has toured the world with acts like Tame Impala, The Avalanches, Jagwar Ma and Pond, been described as Beck fronting the Happy Mondays and performed everywhere from Melbourne toilet cubicles to Burning Man to Amsterdam’s Paradiso.

In the last few years he’s delved deeper into the composing world with credits in film, commercial, high fashion, major network tv series in Australia and the US, as well as experiential art endeavours including a 24hr original score to a self-designed hotel room in the legendary Carlton Arms Hotel where Banksy also has a room in Manhattan, and closing the NY Performance Art Biennale.