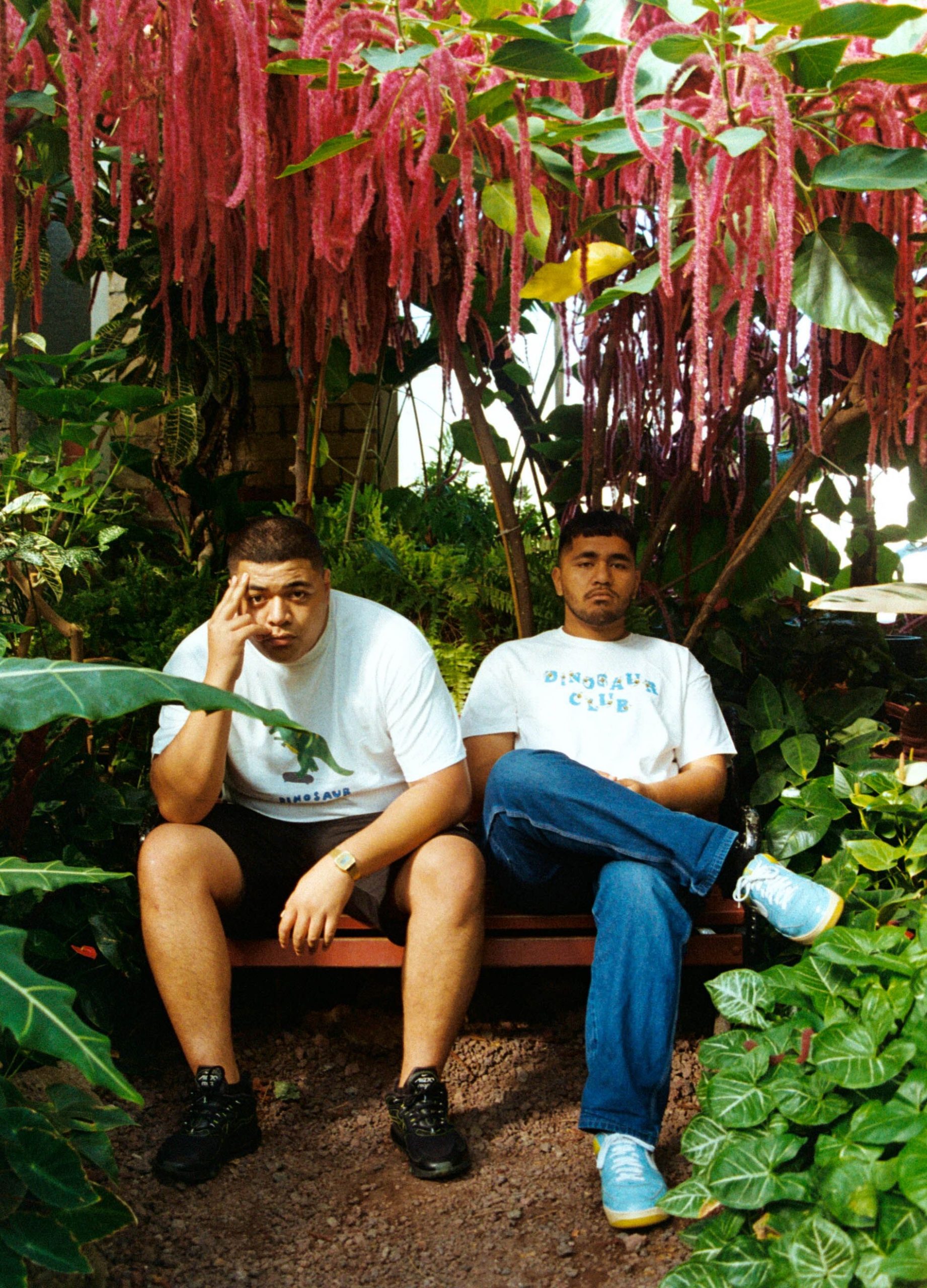 Undoubtedly one of the most exciting acts to emerge from Aotearoa’s rich and vibrant music scene, Church & AP have taken the industry by storm. The single ‘Ready or Not’ continues to do damage on streaming platforms and radio, making its way from heavy rotate on NZ’s biggest hip-hop and R’n’B station Mai FM to the UK’s famed BBC Radio 1xtra via tastemaking radio presenter and DJ Jamz Supernova.

Ready or Not has now streamed over 5 million times. The meteoric success of ‘Ready or Not’ followed the release of Church & AP’s debut EP THOROUGH BREAD, which tastemaker blog Sniffers describes as “an authentically Auckland observation of young Kiwi culture” and “right on the money”.

They then released the critically acclaimed TEETH with very successful singles Dandelion and Roulette being supported by MaiFM and Flava and the album streaming over 1 million so far. At just 19 and 20 years of age, and staunchly independent, Church & AP have the world at their feet.

The pair came together as a duo through taking part in local community hall music programs in Auckland’s Mount Roskill and Te Atatu, under the watchful eye of fellow Kiwi hip-hop artists such as Melodownz and Tom Scott and local producer Iron Will.

From there, the duo’s distinctive and self-assured blend of southern/UK rap fused with grime has done all the talking, with songs such as their social media hit ‘Introvert’ winning over fans from the ground up. Church’s video performance on David Dallas’ famed Red Bull’s 64 Bar Series; coupled with their killer set at this year’s The Others Way festival, Northern Bass as well opening slots for Saba and Genesis Owusu only served to build the hype. They sold out their debut headline show in Auckland, played in the United Kingdom, a nationwide headlining tour and every summer music festival culminating in the sold out SIX60 show at Western Springs

And Church & AP haven’t failed to deliver yet – the next chapter has them in their own studio and back in the community making amazing music.