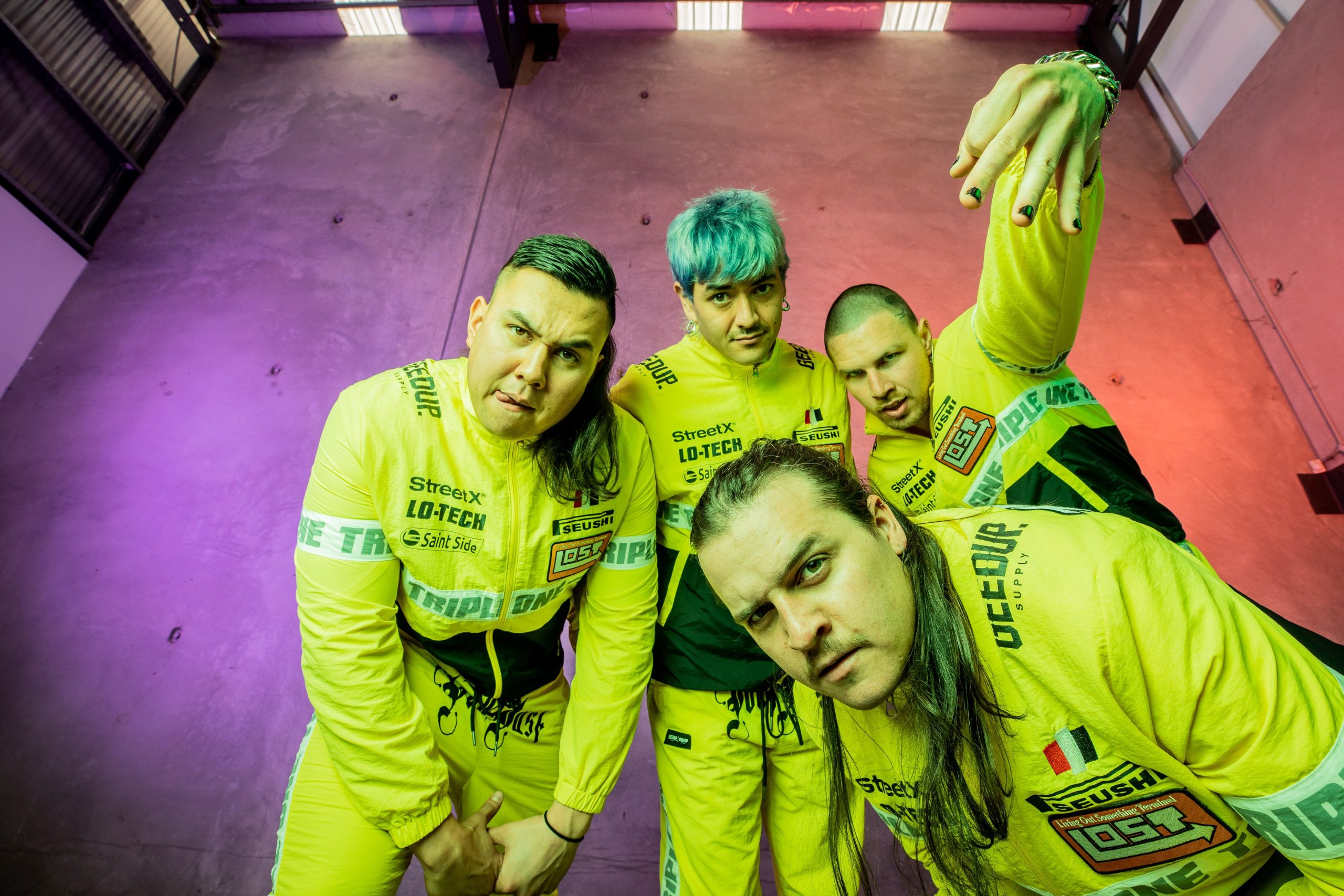 Triple One are impossible to categorise, and even harder to ignore. Brash bars come courtesy of rappers Marty Bugatti and Obi Ill Terrors, melodic hooks by Lil Dijon float in paranormal fashion while greyscale production is expertly crafted by Billy Gunns. Triple One are a sonic experiment between hard, soft, and all the textures in between.

Their early cult singles ‘Doozy’ and ‘Overflow’ scored millions of views and streams internationally, but 2019 was the year that Triple One broke into Australia’s consciousness:Their 2019 single ‘Butter’ went Gold and dominated radio airwaves and led to the group’s debut UK/European tour and sold out shows across Australia..

In 2020, Triple One released their debut album ‘Panic Force’ which debuted at #1 on the ARIA hip-hop charts and crowned the triple j ‘Feature Album of the Week’. On stage is where Triple One truly state their case. Having earned a notorious live reputation through relentless gigging across Australia, 2021 saw the band sell out their Panic Force Tour nationally in the midst of difficult pandemic circumstances. The release of ‘BLOOD RAVE’ and ‘COME OVER’ heralds the exciting next chapter for one of the boldest and brazen acts out of Australia.