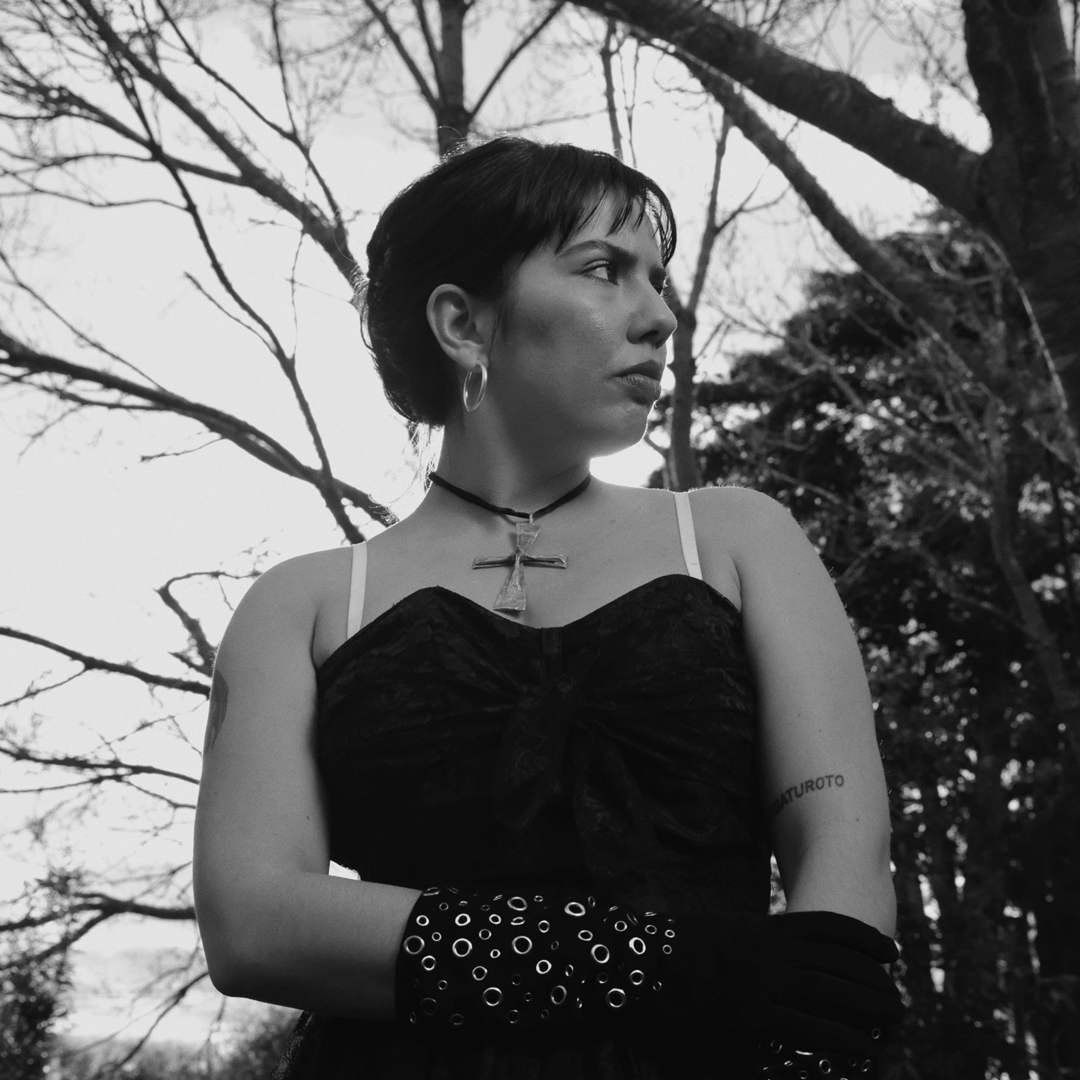 The birth of Erny Belle began in October of last year, after the successful release of her debut single and video for ‘Burning Heaven’. The Ngāpuhi singer-songwriter (Aimee Renata), seemingly appeared out of nowhere, onto our shores – Leather clad, red wine in hand – stoking the flames of New Zealand’s music scene.

“Burning Heaven is a conversation between myself and what I identify as the spirit of creation”, “An ode to one’s artistry and all that lives within it”.

Belle, moved from Auckland, to the rural township of Maungaturoto in the summer of 2019, to write and record what would become her debut album, Venus Is Home. The alt-folk/country and pop-tinged album was self-produced and independently released in February 2022, following her second single ‘Hell Hole’. Since the release of her debut, Belle has received rave reviews and glowing profiles – The album already being widely praised as one of Aotearoa’s standout releases of 2022.

Belle’s lyrics shift steadfastly from sweet and earnest, to dark and satirical; toying between her ruggedness and vulnerability, “Drinking on a broken heart was a bad move”, she confesses on ‘Sorry Not Sorry’. She has sparked heavy contemplation with the brutal opening line ‘Nuclear Bombs’, “I’m gonna go and smoke some P and put my baby in a washing machine”, striking a finger at New Zealand’s meth crisis.

Venus Is Home captures a sound shaped by the landscape, with references that are distinct to Aōtearoa – The album ends with the title track ‘Venus Is Home’, where Belle is re-centered and grounded by words of wisdom, a “glass of luke warm cask wine”, and “a feed of watercress”, with her Grandmother Venus. The arc of the album, gravitates towards her connection to home.

“For the Kaipara – For my Nana Venus – For the thread that binds us together and brings us home. With love, Erny Belle.”

Her first sold out album release show with full band, proved her assertion as a performer. Waltzing through the audience to sing her finale, singing bowl in hand, face veiled in black lace. Arms reached out by her side like gates opening, she indulges in the theatrics, channeling a performance that feels like an earnest surrender to her audience. Belle has since opened for Andy Shauf and Orville Peck for their international tours.

Her next headlining show is at The Hollywood Theatre in Avondale, 4th of November.

“Whānau, home and an occasionally twisted humour are woven throughout these deceptively dreamy songs, with some lyrics speaking of the day-to-day in the small town of Maungaturoto, where Renata resides when not living the big city life. Despite having played a mere two gigs in her short career, we’re calling it here and now — this is an artist to keep your eye on”. – Matthew Crawley, Viva