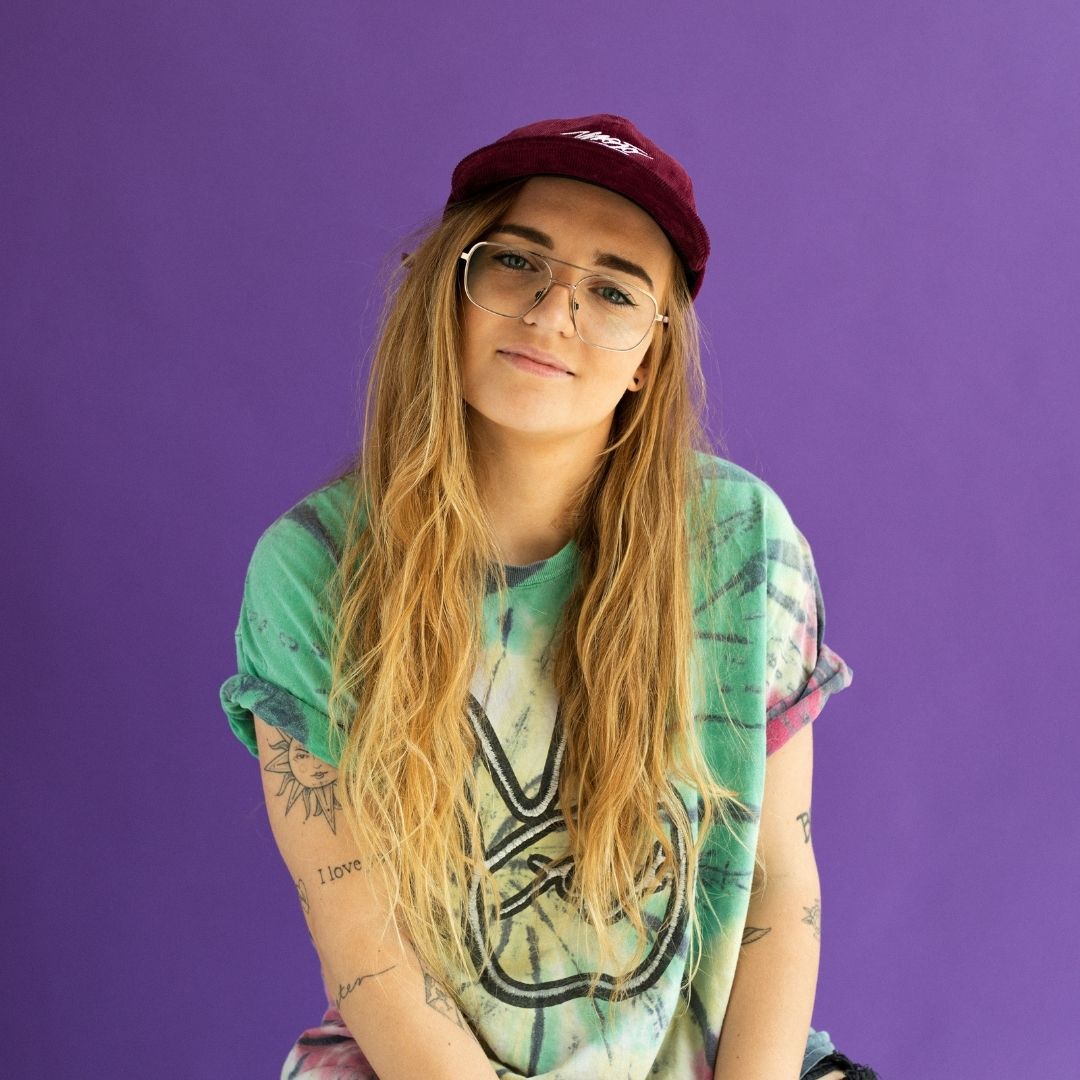 The Melbourne, Australia based drummer, singer, producer, and self-taught writer has been making waves overseas for the past 3 years. Their debut hit ‘About You’ took them from bedroom producer to national superstar. Fast forward and G has sold out all 5 of their Australian headline tours, been nominated for 3x ARIA awards, won an MTV EMA Award, four places in each of the triple j’s Hottest 100 of 2020 and 2019, the highest viewed Triple J Like A Version of 2020, two limited edition Crocs collaborations, and a number of gold, platinum and multi-platinum certified singles. G has played across the world at festivals like Neon Lights, Lollapalooza, Splendour In The Grass, Laneway Festival, & SXSW.

G Flip’s music has earned global attention from triple j, Pitchfork, Pigeons & Planes, Gorilla vs. Bear, Line of Best Fit. Their debut album ‘About Us’ (August 2019) debuted at #1 on the ARIA vinyl charts & #6 digitally, was a triple j feature album of the week and earned praise from Rolling Stone, NME and more – earning over 180 million streams globally.

In 2021, G Flip goes global with a few international collaborations tucked under their sleeve. The first of which kicked off in January 2021, features US indie pop darling mxmtoon, the two joined together on anthem ‘Queen’. The song which is inspired by drag culture is produced by Rostam Batmanglij (HAIM, Clairo) and was chosen as the anthem at Sydney Gas & Lesbian Mardi Gras with TikTok. Subsequent singles have seen G collaborate with Thomas Headon, renforshort and Upsahl. G Flip is the real deal – unfiltered, charismatic and with endless energy to burn.