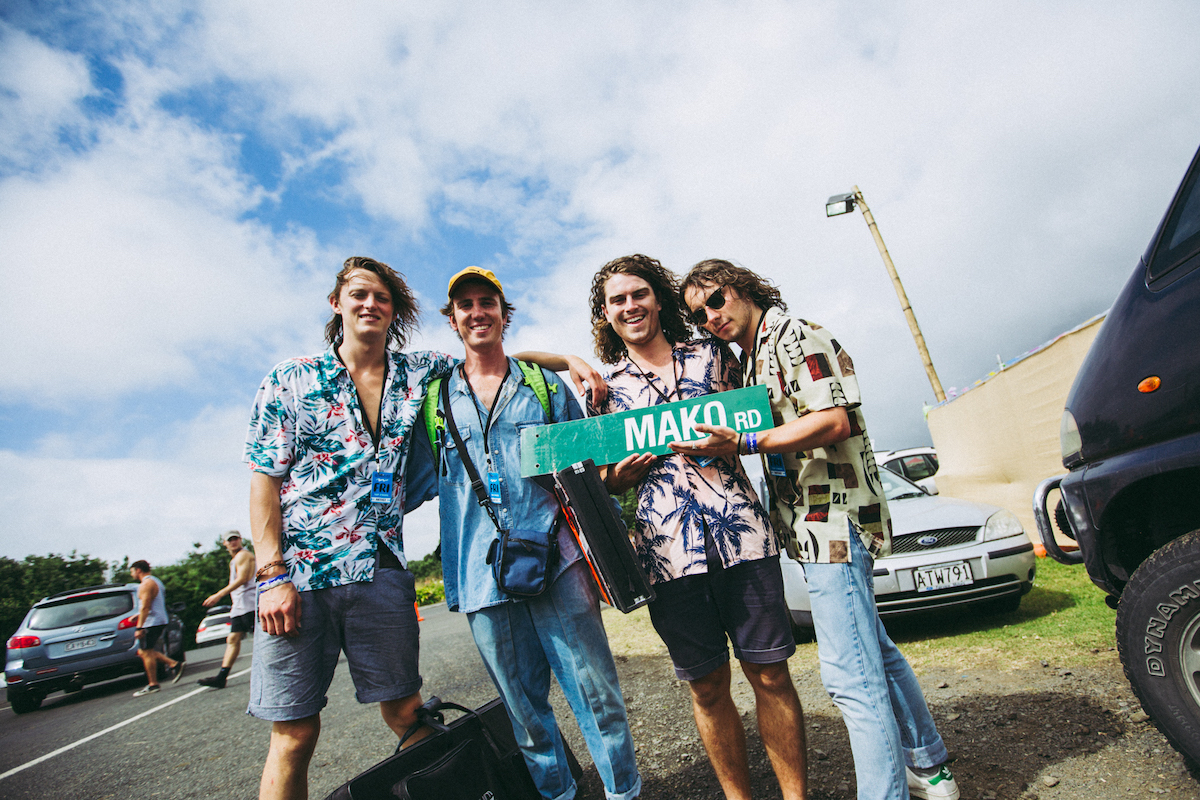 Indie-Rock outfit Mako Road have been tearing up the New Zealand music scene since their inception in 2017. The New Zealand based group have amassed over 20 million streams online with their debut garage recordings. They have sold-out tours around NZ and Australia, played New Zealand’s biggest festivals, and supported acts such as Ziggy Alberts, Leisure and Shapeshifter.

Their cruisy records translate into an electric live set that has wowed summer crowds over the 19/20 festival season.