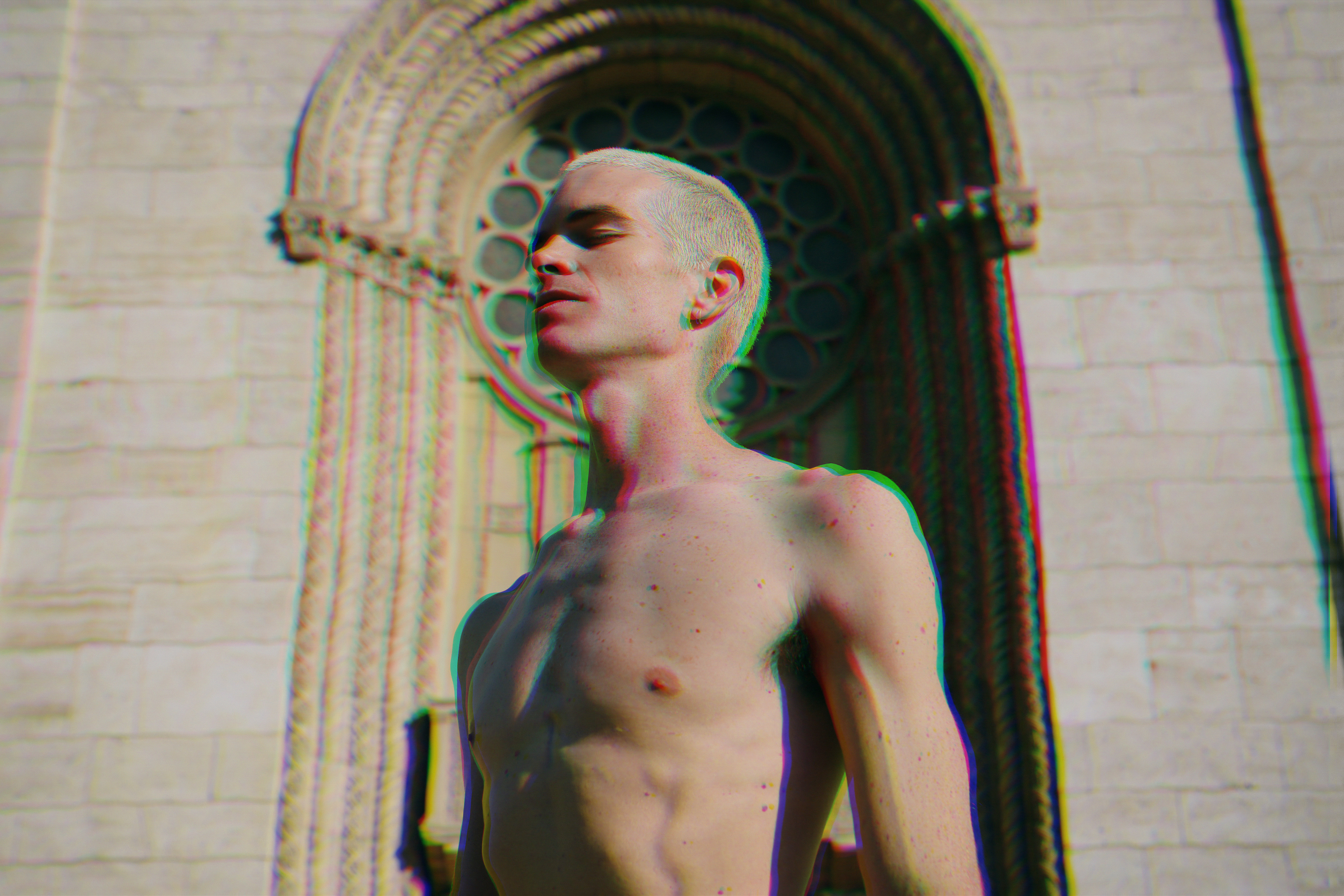 The music of Vlossom is an entry into another world, a wonderland both beautifully futuristic and profoundly elemental. A newly birthed collaboration between Australian musicians Nick Littlemore (of multi-platinum selling acts Empire of the Sun and PNAU) and Alister Wright (of Australian indie rock band Cloud Control), Vlossom symphonize elements of pop and psych-rock and electronic music into something strangely multi sensory—a body of work possessed of its own distinct texture and temperature and colour and perfume, euphoric and often trance-inducing yet undeniably transformative.

“The word ‘Vlossom’ felt emblematic of the emotion that we wanted to channel through our music, and it also went along with the idea of this project being a way to bring something back from another world and give it a home in this one,” Wright says.

Vlossom’s debut EP, My Friend, draws inspiration from brilliantly disparate sources: the soundtrack to the original Blade Runner, neo-expressionist painter Peter Max, Miles Davis’s late-’70s output, Riane Eisler’s cultural anthropology text The Chalice and The Blade. In each new piece that Vlossom create, that energy manifests as a benevolent effervescence, one that ultimately leaves the listener with a renewed sense of wonder. “If we can impart anything to people, I hope it’s that feeling of losing yourself in a moment, stepping outside of yourself in the best imaginable way,” says Littlemore.“In a world that’s increasingly hard to navigate and understand, I think it’s so important to have those moments of levity and beauty and positivity, with the hope that maybe some of that feeling might carry on into the rest of your life”