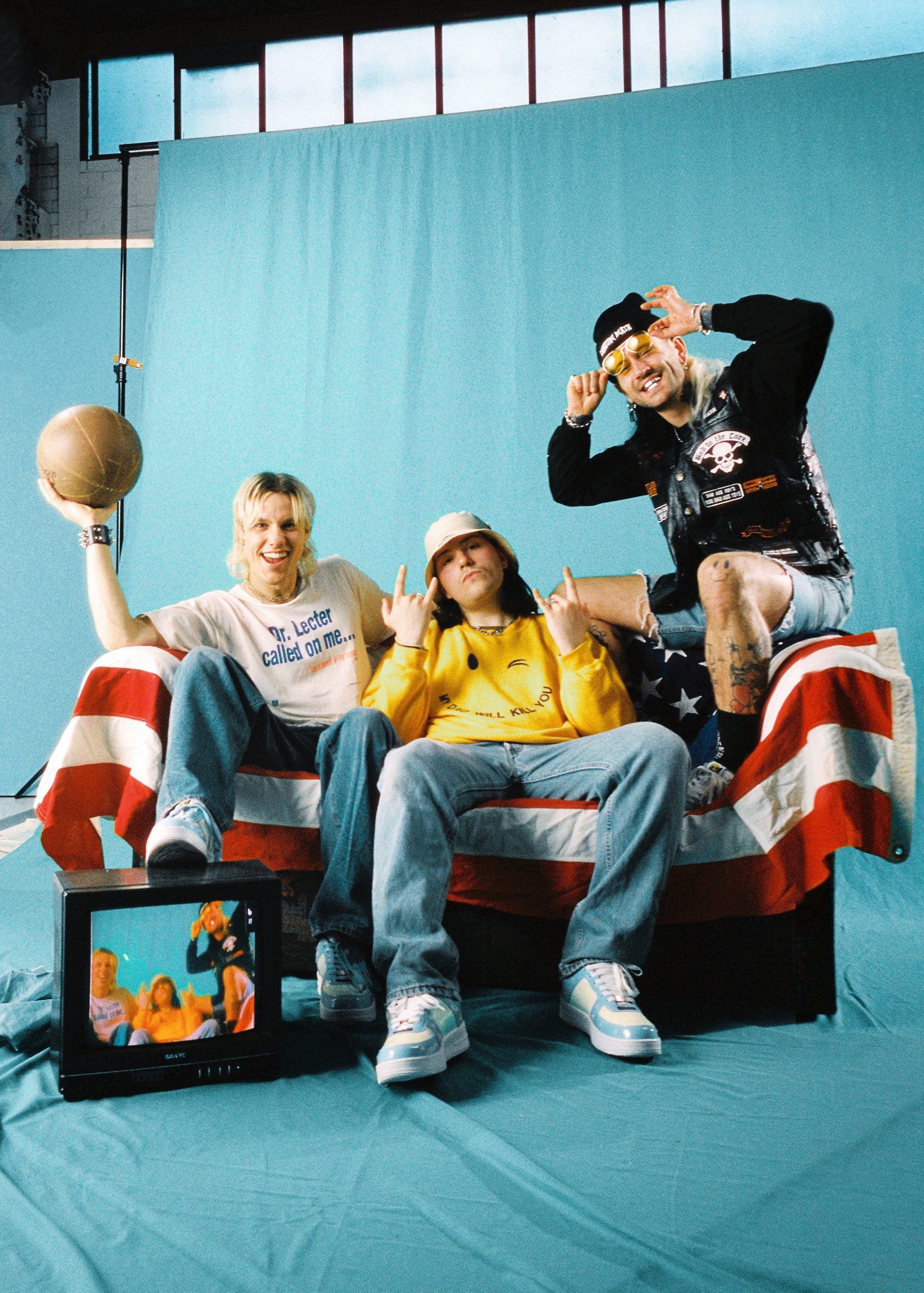 Aussie oddballs Ocean Grove freely fuse rock, metal, grunge, hip-hop & Brit-pop influences, pioneering what can only be described as Oddworld Music. The eclectic trio released their technicolored sophomore record Flip Phone Fantasy in 2020 to widespread acclaim and a #8 ARIA Album Chart debut. Beyond global media praise for its lawless creativity and no fucks attitude from the likes of Kerrang!, The Music (Album Of The Week), Hysteria and more, Flip Phone Fantasy saw multiple singles on rotation at triple j and has now soared to nearly 17 million streams. As their first taste of what’s to come in 2022, Ocean Grove have just released their electric summer anthem ‘CALI SUN‘ out from the Oddworld.