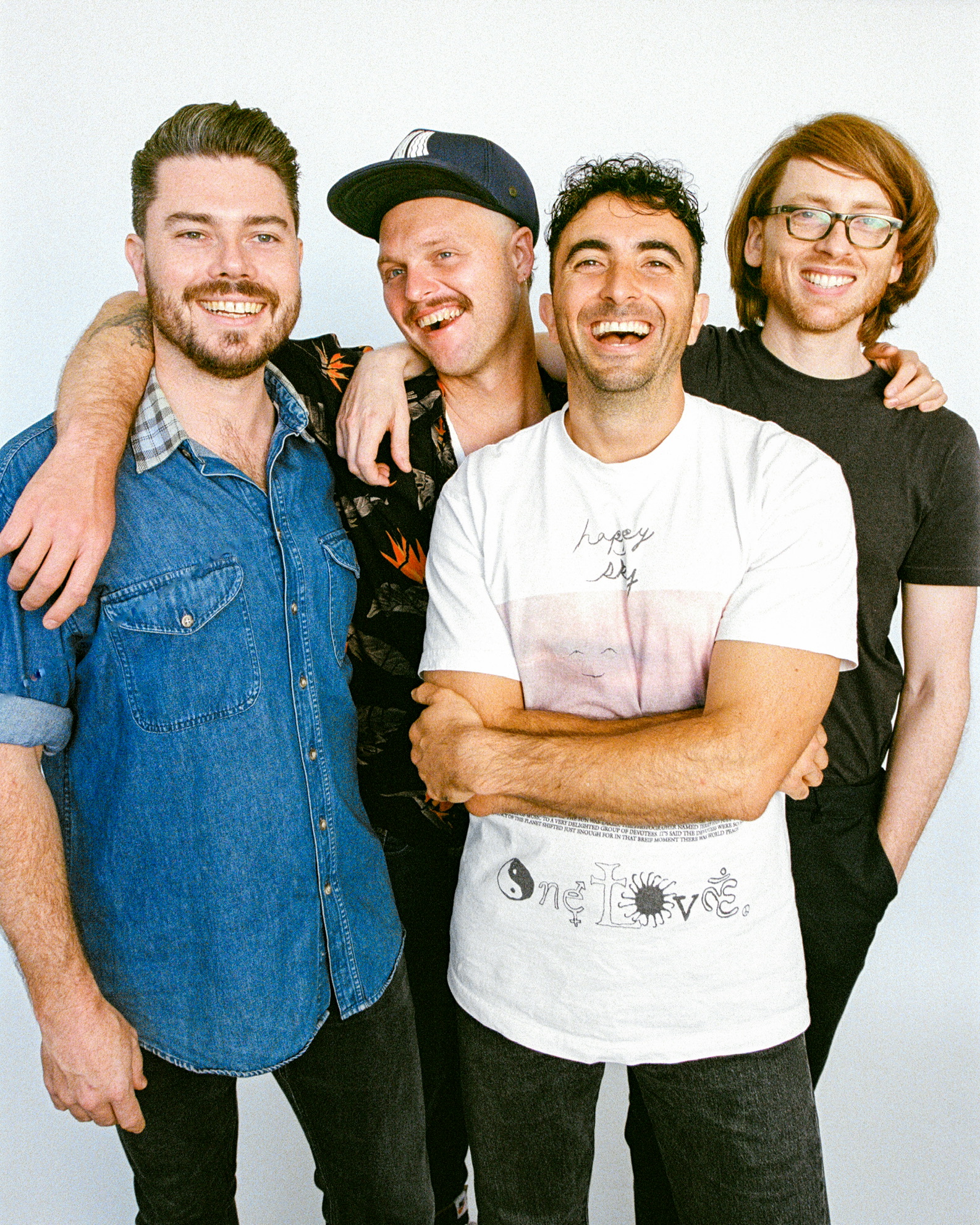 Banging out hook-laden tunes pulsing with infectious energy and a healthy dose of wild abandon, Palms are a four-piece from Sydney, Australia who have become one of the city’s most-loved underground bands.

Formed by best buds Al Grigg (songwriter, vocals and guitar) and Tom Wallace (drums and backing vocals) from the aftermath of their previous band Red Riders, these friends weren’t ready to abandon this whole music caper just yet. Settling into a style of music they felt more at home in, the duo released their first single, “The Summer Is Done With Us” in 2011.

By the time their now-cult classic debut Step Brothers appeared in 2013, they’d grown to a quartet, adding Brendy Walsh (bass) and Dion “Danger” Ford (guitar) to their ranks. Recorded by Owen Penglis (Royal Headache, Straight Arrows) in his kitchen, and released through Spunk Records, the record effortlessly spiked catchy-as-hell indie rock with a bit of garage chaos. Armed with monstrous tunes like “Love” and “This Last Year” the band quickly gained fans across the country.

As their reputation grew, a second record Crazy Rack, appeared in 2015. Released by Ivy League Records, the album was once again produced by Penglis (in an actual studio this time!) and won the band support from national broadcaster triple j with the single “Beatdown”.

After an accidental five-year hiatus — hijacked by love, side projects, interstate and back again moves and kids — Palms are once again not quite ready to give up on their musical adventure, returning with their brand new single “This One Is Your One”. The track is a sun-drenched slab that cements the band as purveyors of the kind of guitar music that hits the ears and the heart with equal force. As Grigg says of the song, “On a personal level it’s about how rad my boyfriend is and on a more universal one, about the transformative power of love. Corny as hell, I know, but also quite true.”